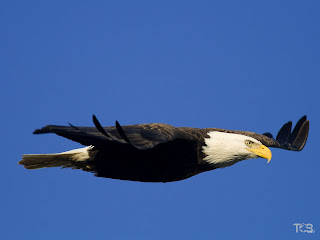 Last week I spoke to a group of area business leaders.  The discussion was centered around "Leadership Tricks" that I have learned and applied as a coach.  Here are a few of the 'tricks'.

1. Motivate individuals over the group.

To lead high performers, you have to talk with them one-on-one.  Motivate them with specifics.  Group talks should center around logistics and basics.

Leading an athlete or employee one-on-one enables you as the leader to be more specific with behavior change.  One-on-one motivation (particularly if the leader is being hard on the athlete or employee) prevents the group from gossiping and talking among themselves in the locker room or around the water cooler.  If you can speak with someone by themselves, there's less potential negativity and questioning in response to the discussion.

Results DO matter. The results are the only thing that matters. But to GET more great results, we have to motivate in a process-oriented way. Praising an athlete's preparation focuses the athlete on the process, which is the reason for success.  For instance, when someone has a great race, it's ok to say "Great Job" -- but I like to leave it at that and immediately focus on "What's next?".  Warmdown, get ready for the next race.

If I'm going to say something positive, in addition to asking "What's next?", I might highlight the athlete's preparation and say: "Great job warming up well, today; you got yourself ready to go by getting to the pool early and going through your routine".  An athlete can take what I have to say and repeat it easily, which may create another positive outcome in the future.  It's tougher to repeat the result by simply focusing on another result (and ignoring the process).

In the workplace, a leader may highlight an employee's work ethic instead of results.  In this way, we can motivate an employee to continue their high level of effort and preparation.  Instead of praising the fact that the quarterly report looks great, a leader may give a verbal kudo to an employee that sounds more like this: "I like how you stayed late for three days last week to get this report done well".  The employee understands that they are getting praise because of the result, but the verbage of the praise is delivered with future high performance in mind.

3. Even the highest-achieving members of your organization need help with their motivation.

We tend to think of our highest achievers as robotic and highly self-motivated.  While it's probably true that the highest performers in our organization are self-motivated, it's also true that their level of achievement and expectation for themselves is also higher than the rest of the people in the organization.  For this reason, these people who are among the best we've got need to be treated differently, and they need to pushed, prodded, and coached in a different way.  We need to talk to the achievement-oriented athletes and employees like they are achievement-oriented athletes and employees -- and focus them on an even higher level of performance.

It's important to recognize that the high-acheivers are the ones who are going to take the organization to a different level of achievement.  Often a leader will spend too much time on the least performance-oriented athletes/employees, in an effort to "bring them up to speed".  This mentality is great for increasing an organization's level of mediocrity!  We can get our organizations to a higher level of performance by pulling from the top, instead of pushing from the bottom.