More on Volume, Velocity, and Rhythm 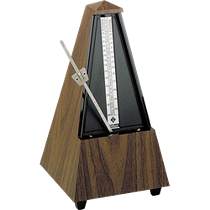 I recently reposted a blog I had originally posted on my “older” blog site: developingthechampionwithin.blogspot.com .  The blogpost can be found below this one, or here:  http://createperformance.blogspot.com/2013/07/volume-velocity-and-rhythm.html


I have received a few questions about how we actually achieve this at T2 Aquatics.  What does this sort of training entail?
I feel like I could write on this subject for pages on end, and still only crack the surface of conversation.


So, to pick up where I left off: what goes into this type of training for my athletes at T2 Aquatics?
Well, first: we have a weekly plan.  I read something on swimswam.com a few weeks ago about a young distance swimmer named Jazz Carlin that Bud McAllister is training in Great Britain right now….and she is doing times that are comparable to what Janet Evans was doing in 1987-1988 when Janet Evans was training with Bud McAllister (which by the way are still great times in 2013).  Wouldn’t you know that Coach McAllister is doing the same sort of thing with this young athlete that he did with Janet, and combining those ideas with the ideas (weekly planning) that Coach Bowman has been using with Michael Phelps, Allison Schmidt, Connor Dwyer, and Chase Kalisz? (Coach McAllister's assessment, not mine).  I loved reading the article, because it was pretty in depth.  After reading it I laughed and thought, “That’s basically what we do at T2 as well”.  Funny thing, Murray Stephens -- my coach when I was in High School -- used to give us Bud McAllister sets all the time.  He would tell us all about Coach McAllister's ideas and Janet, and what Janet was doing.   Murray had us do the same sets Janet did from 1990-1994  (in between 3300 TT Backstrokes -- Thanks John Collins).

I can't say for sure, because I haven't talked with him specifically about it, but I imagine there were some things Coach Bowman used as well -- because although Coach Bowman changed NBAC's training style significantly from 1998-2003, in my view there were certainly some things he and I  and the other NBAC coaches all considered to be "NBAC" -- style sets and ideas, which came from the beginning of NBAC's history and well before any of us were coaching at NBAC.  Coach McAllister's sets found their way into the fold -- and it's it's obvious to me know after reading this article that things do come full circle -- at lease in the sense that my T2 Aquatics athletes do the same type of thing! Certainly Kaite Hoff did the same things, and when she did it meant that the two fastest 400M Freestylers in USA History (at the time, in 2008) had been doing the same sort of workouts, 20 years apart from each other.   This is why thinking "Outside the Box" makes me roll my eyes....and thinking "Inside the Box" feels oh so right.  Great training is very simple, straight forward stuff that allows the athletes to perform within the set, and doesn't let the athlete take a break during the work (even though the effort  and speed requirements may fluctuate during the set).  Check out the article on Coach McAllister here: http://swimswam.com/mcallisters-insights-on-jazz-carlins-trainings/

I plan to post on one of my favorite Bud McAllister sets later this week on this blog!  Look for it if you'd like.


Now, there’s a lot more that goes into it than "what type of set you are doing"….training is not just “sets” and, going into more depth, “putting the sets together to form a week, month, season, year, or quad”.  There’s the mental side, which is immeasurably huge.  There’s strength.  There’s technique.  There’s Hidden Training.  There’s picking the right events, and the correct meets in which to do those events.  But if you don’t train right – and by training right I mean that you have to find that middle ground of threshold-speed-pace-stroke rate-technique-kicking-pulling-and consistency – then you are not going to get to the medal stand at an International meet.  Finding the middle ground helps you build a ryhthmic racing stroke instead of a thrashing stroke that is hard to hold together.  Too much volume training, and you can hold your stroke together, but it's not compartively fast; likewise, too much velocity training, and you can go fast, but you can't hold your stroke for longer than 60% of the race.

And when you figure out that everyone is different and some people need the training shaded a little more toward threshold and some people need it shaded a little more toward pace work, and some people need more strength, etc – then the possibilities with what you can do open up.  This is the art of coaching.
Second, at T2 Aquatics we do some stroke count stuff every week, and we mix it with pace training without stroke counts.  At times during the season, we swim slightly above pace with stroke counts slightly under racing counts every other day.  I’ve heard athletes from other teams comment to my athletes that they have never heard of such a thing, and I think it’s a real shame.   Many programs simply do not care about the athlete’s stroke count, and if they do not care about stroke counts what they are really saying is that they do not care about stroke rate.  And if they don’t care about stroke rate, they are missing a huge part of high end training for their athletes.  It’s that simple.  You have to take stroke rates and know what you are looking for.  What do the best athletes do?  Check out this awesome power point by USA Swimming:  http://www.usaswimming.org/_Rainbow/Documents/e2fa7ee0-eee6-4c63-984a-05d267cf7389/Race%20Stats%20-%20ONLINE%20CLINIC%20July%2014%202010.pdf
If you don't traing stroke rates, you are going to be just fine up through the entry level at Junior Nationals, but good luck competiting at the higher-level International meets.  You simply need that precise level of skill.


So now (really, since 2006), I have tempered the speed/pace training and try to mix it well with the threshold training.  I have learned a lot and really it took me trial and error through my 20s and early 30s to come up with some sort of idea about what to do.   I still ask my athletes to do some top speed training (matching a certain pace needed for racing with a certain stroke rate (or stroke count) needed for racing) -- and I ask this of them for many different distances -- we just vary the type of speed we are asking for, and we find value in training a little bit over the pace with a stroke rate that is a little bit lower than the racing stroke rate.

What I do now will be revamped at some point – because I will learn in 8 years how I really need to change x, y, and z to be successul as we approach 2024.  I am constantly watching my athletes and thinking about all of things we can and will do better.
To close....
At T2 Aquatics everyone does some fast stuff when they are young, and they do it with low stroke counts relative to their races.  And everyone learns how to swim well technically.  We work on the younger athlete's technique, starts, and turns.  We train at threshold too, don't get me wrong, but we swim fast and we swim with the type of stroke we'd like to use when we race. Then we put more and more threshold on top, while maintaining pace work and improving technique and skill.   Not all of what we do is pace (it just kills the kids to race so much high lactate stuff in practice) – and not all is threshold (who can do this 5x per week unless we’re talking about a 1500 guy?).  I consider the perfect mix at all times.


I see so many athletes who are limited by the time they are 16-17 because although they can swim forever they just don’t have enough easy speed to win at the highest level.  Not “crank it up and hold it speed "– I’m talking about relaxed, easy speed that comes from stroke count training and pace training mixed with threshold training).  Look at Conner Jaeger, and think about the amount of 1500’s he has done in his life.  Refer to this blog post to read more about how I feel about this: http://createperformance.blogspot.com/2013/06/thoughts-on-distance-racing-for-younger.html

I’d be happy to address more specific questions if anyone would like to shoot’em at me in the comment section.  As a special gift for anyone who has read this far, here is the most important piece of non-swimming, training-specific literature I've come across in the last 10 years.  It's a gem: http://www.swiss-hurdling.ch/upload/dokumente/c_hart.pdf ....and it may explain this stuff a little bit more.  Running is a lot different than swimming (higher heart rate, more pounding, different seasons)....but when you consider the 100M Swimming and look at the similarity in events duration when compared to a 400M running race, there are some things that are tough to ignore.  And it's hard to ignore a coach who coached the 400M Gold Medalist in the same event for three straight Olympics.