T2 Aquatics' has started its Championship Season with a Bang! 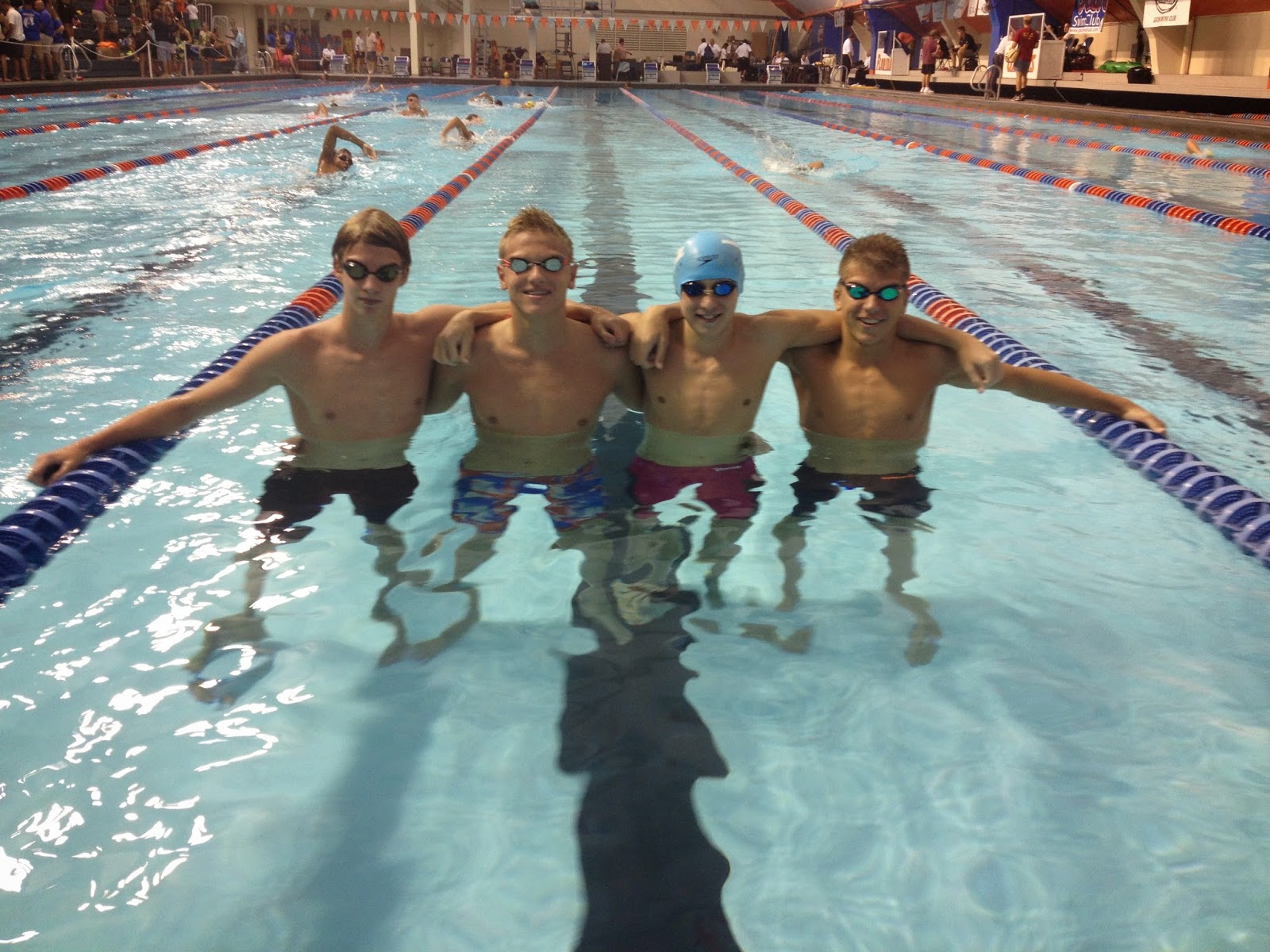 Here is a recap of each meet's highlights, "what's next" for each group of athletes, and a short description of our T2 Aquatics' athletes who are competing at National Championship meets at the end of the summer.

Read more about individual Champion Justine Bowker under the "Who's Who" section.

What's Next for "Senior Athletes":

The National Championships will serve as a "Selection Meet" for USA Swimming's Pan Pacific Games Team, Pan American Games Team, and World University Games Team.  USA Swimming will also choose its 2015 World Championship Team based on the results of Nationals and the Pan Pacific Games.  T2 Aquatics' Justine Bowker is coming off an outstanding season, where she qualified for USA Swimming's prestigious National "A" Team and put up the 10th fastest time in the World en route to winning the 2013 U.S. Open Championship in the 200 IM.  We are looking forward to seeing Justine swim faster than ever at this meet.

The Junior National Championships is the most competitive 18 and under Championship in the World.  T2 Aquatics' representatives are poised for a great showing on this stage, having picked up valuable experience at increasingly higher levels of swimming.

"Who's Who" (The athletes to watch in the "Senior Age Groups":

Justine Bowker (University of Michigan) is a former Big 10 "Swimmer of the Meet" and Big Ten Conference Champion.  Justine's 2013 U.S. Open Win in the 200 IM was her third U.S. Open Championship Victory (she won two in 2009).  Her time of 2:11.07 was the 10th fastest time in the World during the 2013 season, and is the 10th fastest time in the history of United States Swimming.

T2 Aquatics foursome of Paolo Sunyak, Matt Limbacher, Cole Gutknecht, and David Olmstead teamed up to win the 200 Medley Relay on the second day of competition, boosting T2 Aquatics to a 5th place finish at this Florida Swimming 14 and under Championship meet.

Mason Laur (age 11), Karen Liu (age 14), and Matt Limbacher (age 14) each brought home individual wins, and bragging rights that come with being the fastest athlete in the State of Florida.  Mason won the 200 Free, 50 Fly, and 100 Fly in the 11 year old age group, Karen placed first the 200 IM, and Matt was victorious in the 100 Breaststroke.

Read more about individual Champions Mason Laur, Karen Liu, and Matt Limbacher, in the "Who's Who" section.

T2 Aquatics 14 and under athletes are finished with racing for the summer.  Our next major competition will be in December.  Our top athletes are encouraged to train through the first of August , and then take a break for 7-14 days.  Many athletes/families have already started this process.

The training that takes place during August, minus the vacation time, is generally very good for T2 Aquatics athletes.  We like to use this time to get ahead of the competition.  One of the reason our athletes are encouraged to train for most of this "end-of-the-summer" period is because great gains can be made during this time, and we would prefer to not take a formal "break" from training.  We tend to see families go on their separate vacations (as do some of our staff members), but for the most part we remain a cohesive team.  We find that we move our athletes forward during the month of August in a progressive way -- which is not the norm in Florida or in most parts of the United States.